Marian Catholic » Band » About the Band

The Marian Catholic Band program has a reputation as one of the outstanding concert and marching bands in the United States. Over the past 20 years the bands have earned hundreds of awards and honors.

The Marian Band is a holder of three Illinois and four Chicago Heights honorary proclamations, including a joint Illinois House and Senate proclamation in 1990. The band is also twice entered in the United States Congressional record in congratulatory commendatory messages. 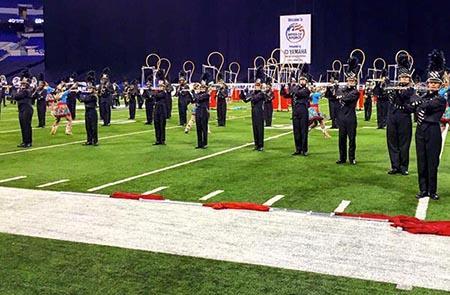 The Marian Catholic High School's concert and marching bands have become known from coast to coast as leaders among high school band programs. The Marian band's educational and competitive philosophies have been used as models for band programs in nearly every state of the union.

Recent awards and achievements include:

For more information, email the Marian Band at band@marianchs.com or call (708) 754-BAND.