Marian Catholic High School has a reputation for excellence in the fine arts. The Marian Catholic Choral program strives to keep that excellence through performance and musicianship. The choir performs regularly throughout the year for concerts and all school Masses and participates in choral festivals and contests.

To learn more about the choral program, click on the “Choir” side menu. 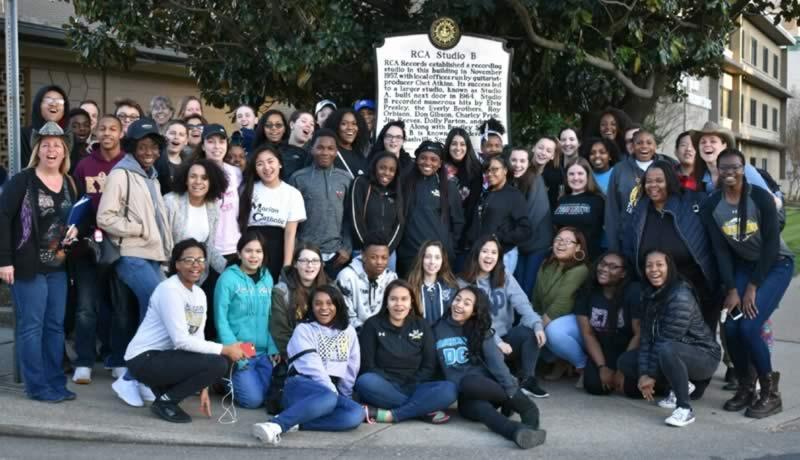 Members of Marian Catholic's choral program traveled to Nashville,TN April 4-7 for an experiential adventure during Spring Break 2018. In addition to performing at several venues, the students worked with a Nashville songwriter at the Country Music Hall of Fame to compose their own lyrics, recorded a CD with a professional sound engineer at RCA Studio B, participated in a master class with Tucker Biddlecombe, Associate Professor of Choral Studies, Director of Choral Activities, and Director of the Music Teacher Education Program at Vanderbilt University's Blair School of Music, toured the Musicians Hall of Fame, and visited the Grand Ole Opry where they were entertained by Cassidy Pope, winner of season three of NBC's The Voice, and Restless Heart. 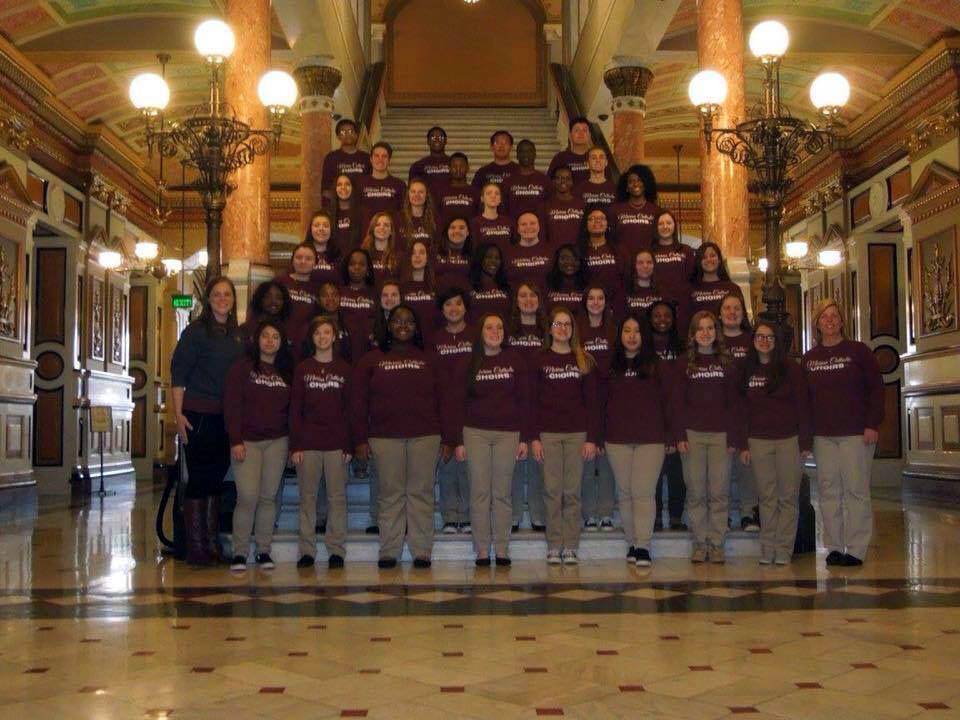 Marian Choir Member and cheerleader Mayah McIntosh was selected to sing the National Anthem at the IHSA Competitive Cheerleading State Final on Saturday, Feb. 6 at the U.S. Cellular Coliseum in Bloomington. 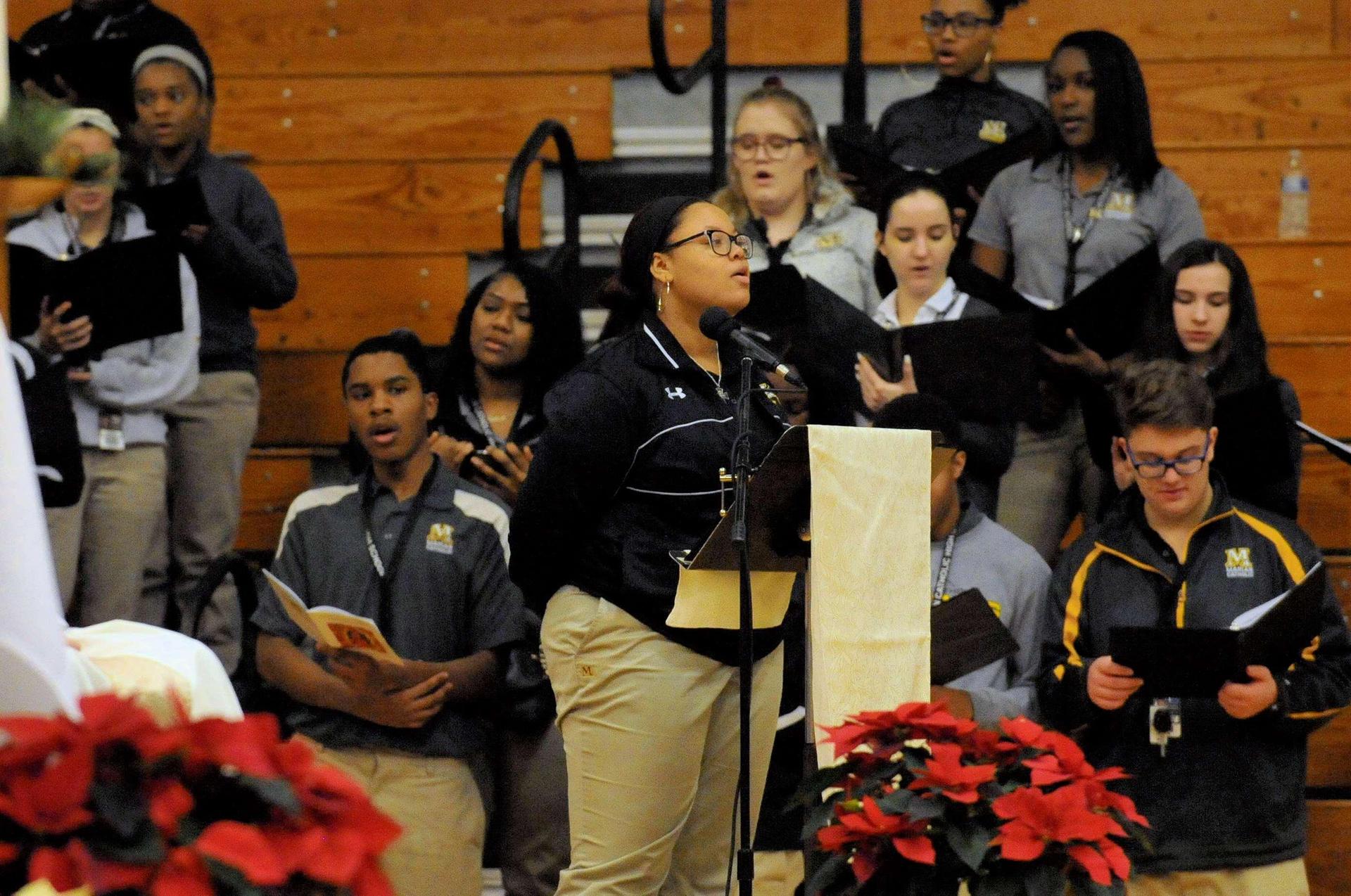 Bria Brumfield and the Marian Catholic choir sings during the 60th Anniversary Mass on Dec. 12 in the West Gym.